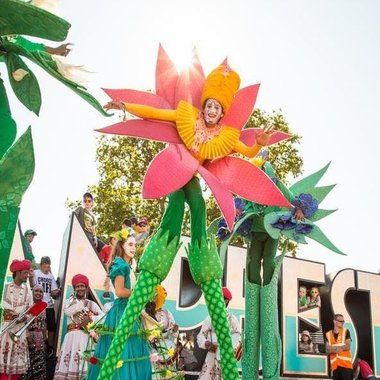 Dancing dads, hula-hooping grannies, and mums juggling a much more colourful alternative to meal times and the school run – welcome to Camp Bestival 2015. Jam-packed with live music, performance, workshops and parades, it has been the best festival for children, young people and their parents alike since 2008.

now>press>play was resident on the smallest stage of the festival this year, the Science Stage. Sandwiched between the vegetable orchestra and the funkiest science rappers we’ve ever encountered in OK2, we took groups of young people (and their parents!) on a Mission to Mars and on a journey around the extraordinary habitats of planet Earth. As ever, our wireless headphones were extremely popular – plunging participants into new worlds and stimulating imaginations, some young people even visiting us for the second year running. 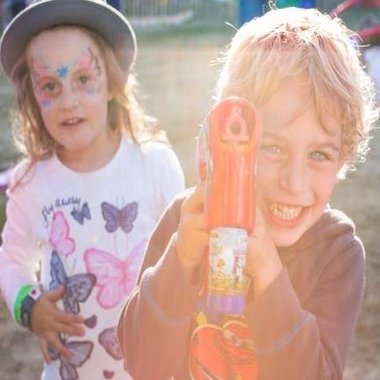 The Science tent and stage was very busy throughout the weekend in fact, thanks to the likes of Steam Co. who took over one corner, making lava lamps in jam jars and firing paper rockets into the air with bicycle pumps. Broadening the curriculum through Science Technology Engineering Arts and Maths, Steam Co, is about encouraging curiosity and expanding the possibilities of how young people engage with learning.

From advocating reading for pleasure to introducing students to coding and robotics, their campaign #inspiranation wants students to be given the chance to think differently, to be ambitious and pursue their own growing curiosity. While parents were renewing their vows, across the field in the inflatable church, their children were on the science stage exploding bottles of fizzy pop and spin painting with centrifugal force. Technology Will Save Us were another organisation running hands-on workshops exploring the possibilities of their DIY tech kits. They have recently developed the Swiss army knife of tech – the BBC Micro:Bit. Starting in October, they plan to distribute this micro-sized, tech tool to 1 million children in schools across the UK on a mission to spark creative imagination through technology. 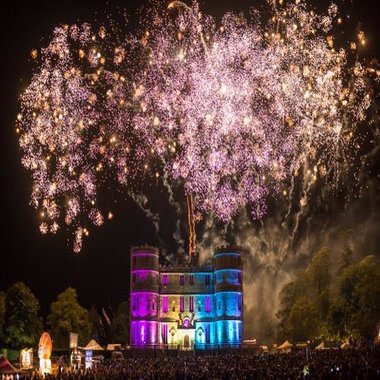 Over on the main stage, one of the final acts of the weekend was poet, rapper and playwright Kate Tempest. In the fading summer sunlight she picked out the young members of her audience on the front row and sang to them her urgent manifesto. Tempest’s work is a battle cry to be yourself. A rousing call to young people and adults alike to hold their own in the face of peer pressure and consumerism and body image and money worries and materialism and a world that constantly wants to tell you how to be. Her message was a fitting close to the festival, inspiring young people to be resolutely themselves, to trust in their own curiosity and have the courage of their convictions.

Were you at Camp Bestival? Did you see us? Why not tweet us to tell us what you thought? @nowpressplay