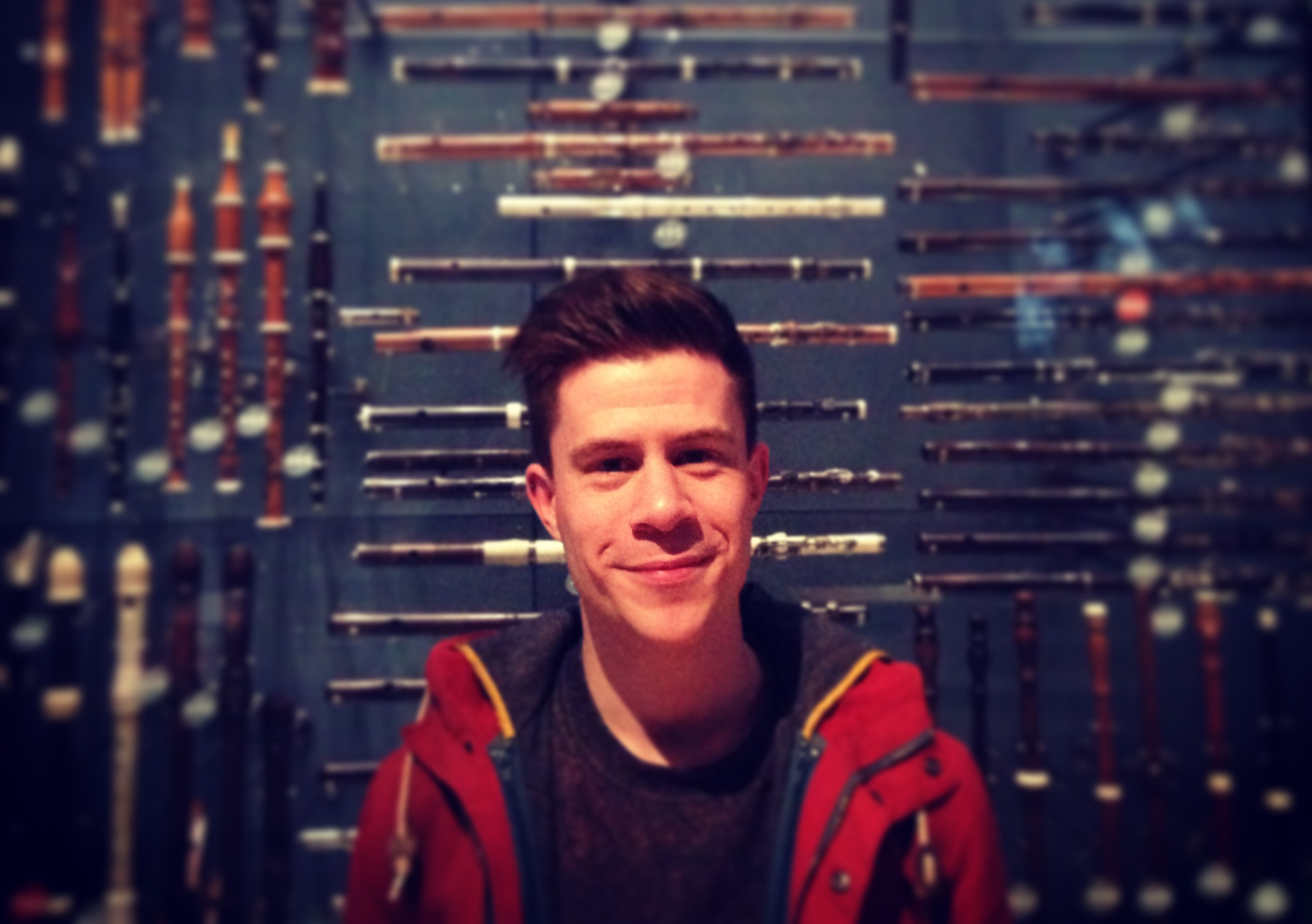 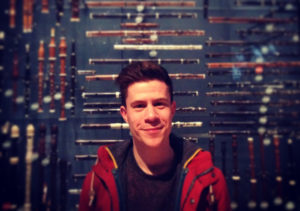 Who are you and what are you doing here?

My name is Benjamin Tassie, and I’m a composer. At now>press>play my job essentially entails upsetting children. Or scaring them, or exciting them… In other words I take the (fantastic) scripts and add sound effects and music to make them even more emotionally and physically engaging. In a way it’s a bit like composing for film, I have to heighten the narrative with music, as well as transporting the listener through sound effects and other production techniques.

So where do you begin?

I receive the script and voiceovers from the lovely people at now>press>play. First of all I have a listen through and make any small adjustments to timing and editing so that I have a rough version of the script. Then I begin adding sound effects and room atmospheres to bring it all to life.

Yes – the general background sounds that make up a room or space. This could be really obvious – like people talking and market sellers if you’re at a market, or it might be subtler, like a quiet ‘room tone’ (or hum) and some clever reverb things if you’re in, for example, an empty temple. We add those in so it feels more like you are somewhere, then I can layer other more obvious sound effects on top.

Well, that really depends on the script. Some are really obvious, like if it says “someone’s walking up the garden path” then I can go all out with a ‘walking up the garden path’ sound effect (like a Radio 4 drama), and some I have to be more inventive with – like adding a wolf-whistle if two characters are flirting. I like those ones especially – you can make everything funnier.

So after you’ve added the sound effects?

Then comes the music. This is either for parts where sound effects wouldn’t really work (we have some experiences where the children need to have time to work out some maths, for example) and others are to heighten the emotional content or up the dramatic tension.

And what kind of music do you write?

That really depends on the experience. I seem to have garnered a reputation with the script writers for writing music which tugs at the old heart strings! I suppose it’s quite film-like in that regard – I like to make it so the children will really feel as if they’re taking part in the action. Also, I think we learn best if we form strong emotional associations.

Is that your background, then – film music?

I have written for some short films, but mostly I write concert stuff, or more experimental music. Lately I’ve been working a lot with electronics. I trained at King’s College, The Royal Academy of Music, and then The Royal College of Music, so I have a strong classical background.

And what drew you to working with now>press>play?

I used to teach in a special needs centre for autistic and dyslexic children, and so I was really drawn to how now>press>play engage with children who are perhaps left behind by traditional classroom teaching. Like I said, I think we learn better and faster if we have an emotional attachment to something, or if we’re engaging with it on a number of levels. I really like how now>press>play do both of those things – that their experiences engage in story telling, movement and imagination.

This website uses cookies to improve your experience while you navigate through the website. Out of these, the cookies that are categorized as necessary are stored on your browser as they are essential for the working of basic functionalities of the website. We also use third-party cookies that help us analyze and understand how you use this website. These cookies will be stored in your browser only with your consent. You also have the option to opt-out of these cookies. But opting out of some of these cookies may affect your browsing experience.
Necessary Always Enabled
Necessary cookies are absolutely essential for the website to function properly. These cookies ensure basic functionalities and security features of the website, anonymously.
Functional
Functional cookies help to perform certain functionalities like sharing the content of the website on social media platforms, collect feedbacks, and other third-party features.
Performance
Performance cookies are used to understand and analyze the key performance indexes of the website which helps in delivering a better user experience for the visitors.
Analytics
Analytical cookies are used to understand how visitors interact with the website. These cookies help provide information on metrics the number of visitors, bounce rate, traffic source, etc.
Advertisement
Advertisement cookies are used to provide visitors with relevant ads and marketing campaigns. These cookies track visitors across websites and collect information to provide customized ads.
Others
Other uncategorized cookies are those that are being analyzed and have not been classified into a category as yet.
SAVE & ACCEPT