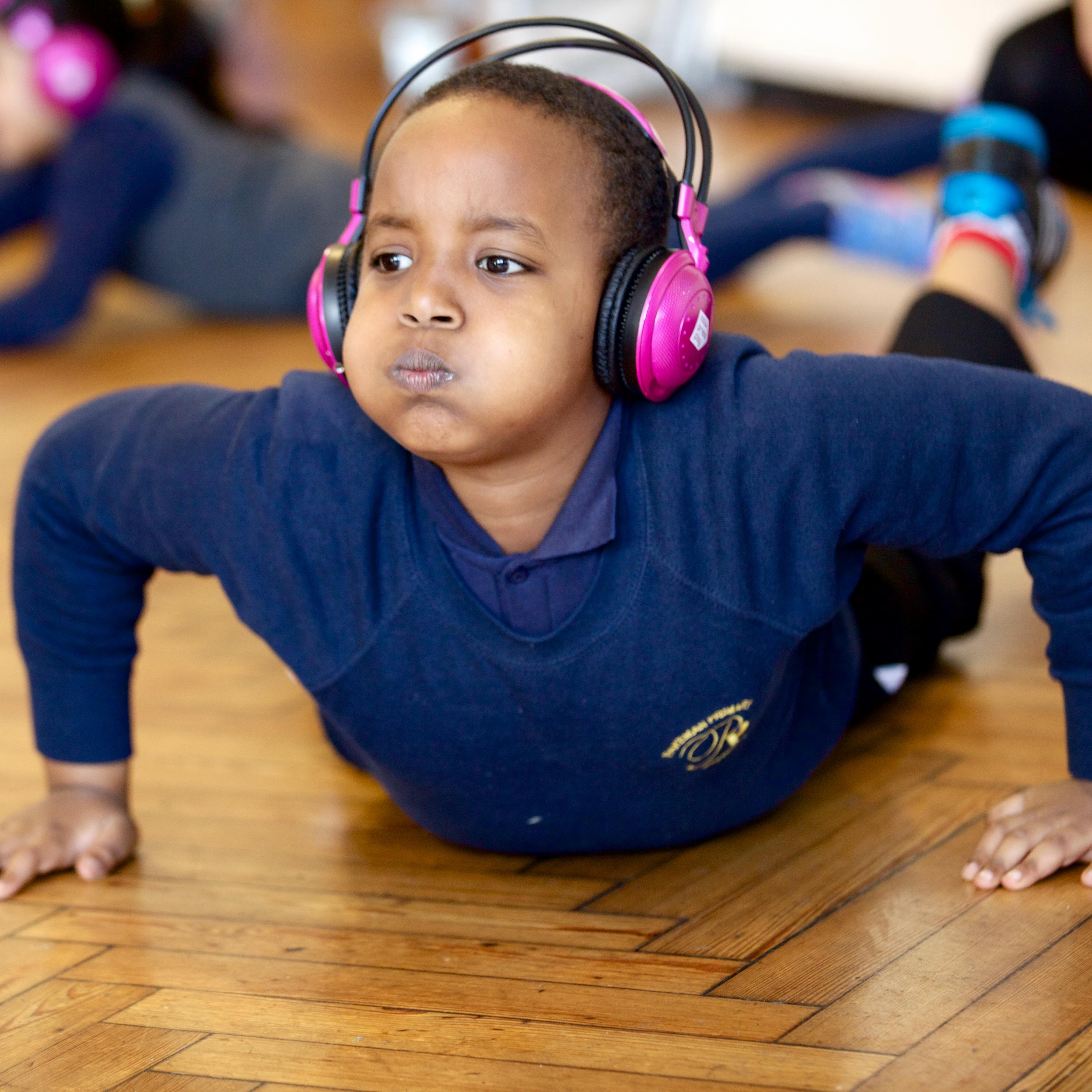 We asked Vera Jajechnyk, head of school, to share how they use the resource, what impact it has had and the response from children and staff.

Why did St John’s decide to use now>press>play initially?

A number of years ago, now>press>play was being demonstrated at an educational event and some of our Year 6 pupils attended this event with us. They took part in a short demonstration with the ‘Titanic Maths’ story – I can remember them putting on the headphones and within moments they were immersed in the story. They were oblivious to everything going on around them; their sole focus was on the story. These Year 6 pupils were not in the least inhibited as they pretended to climb and run to Starboard. When it finished they were adamant that this was such a powerful experience of learning, they wanted all of the children back at school to experience this new way of learning. It was the children’s response and reaction to now>press>play that ‘sold’ it to us and we have never looked back.

We realised the potential now>press>play had as a tool for learning which would engage all pupils and help to immerse them in the world of imagination through a story or a different historical era. We want our pupils to have rich and varied learning experiences and now>press>play is certainly unique and offers an experience unlike any other.

now>press>play is so easy to set up and has been a technological resource which has never let us down! This is so important – as teachers do not have the time to set up complicated systems and deal with technological problems when they are working with a class of children. We were reassured by the simplicity of the now>press>play system and also the support and training that comes alongside the package.

Have you seen an impact on any areas and/or specific children that has been unexpected?

now>press>play has had a positive impact on one of the children in Year 5 who finds it hard to sustain his concentration. He is able to engage and focus throughout the whole now>press>play session and in the discussion that follows he remains on task and shows that he has remembered lots of details.

Following the Online Safety story, he was able to explain the story-line in detail and showed good reasoning skills, as he discussed the theme and the message. He used the vocabulary from now>press>play and spoke about the importance of keeping safe online by not sharing your information such as passwords and email addresses.

One child in Year 1 who is full of ideas when writing, but lacked the focus needed to punctuate his writing was inspired by the now>press>play story on using full-stops and capital letters. He recalled ‘The Magic Book’ following the now>press>play Experience and when he was writing a few days later, remembered to use this basic punctuation and referred to ‘The Magic Book’. This really seemed to help him to develop a better understanding of the importance of basic punctuation.

A couple of children in Year 2 who are quiet and tend to listen in discussion, needing encouragement to participate, were able to confidently talk about what they had learned following the Neil Armstrong now>press>play Experience. When observing them during the session they showed no inhibitions, and they threw themselves into the story. They would usually be shy and in class drama activities tend to take a back seat. Because they are wearing the now>press>play headphones there is a sense of freedom as they can engage fully in the drama and be ‘in the moment’ without feeling inhibited.

What have the children and staff said about now>press>play?

As we have had now>press>play for many years in school, when I asked this question to the younger pupils in Year 2 I was met with a slight confusion as to what to say. I soon realised that to them it was just one part of their learning experiences in school and they presumed all children in all schools had now>press>play.

At St John’s we also have a great focus on learning outside the classroom. So, for the children in our school a trip or a now>press>play lesson is just part of the many regular experiences they have to support their learning.

‘It engages children at all levels. The resources are differentiated so that all children can access the same story and learn from it at their level.’ – KS2 teacher
‘now>press>play is another level of learning. It is engaging and even children with short attention spans focus throughout the Experience. I can see the benefits after the session as the children remember what they have learnt. For example when we have covered a History themed now>press>play Experience, the children have not just memorised facts, they have internalised them so that they are part of their deeper understanding. In addition, for History the historical vocabulary is used in such a way that the children really understand key words and remember them. A rich vocabulary is wrapped into an interesting story.’ – Lower KS2 teacher
‘When children find it hard to express themselves and put their ideas into words, I have found that now>press>play helps them as they get so involved and they come out of their shell. They are focused on the story and afterwards they seem to remember so many facts. I sometimes use now>press>play at the start of a topic as it introduces key vocabulary and I find I do not have to teach this explicitly as they pick it up and use it naturally in discussion and in their work.’ –  KS1 Teacher
‘When I used a now>press>play story with Year 1 pupils, which was designed to help them remember full stops and capital letters in their work, I found that they retained the ideas in the Experience. They reflected on how ‘The Magic Book’ told them not to forget their capital letters and full stops. A week later when they were writing independently they were reminding each other about ‘The Magic Book.’ – Year 1 Teacher

And here is what some of the children at St John’s had to say:

We are excited to continue to work with children and staff at St John’s and are looking forward to supporting learning in the new academic year.

This website uses cookies to improve your experience while you navigate through the website. Out of these, the cookies that are categorized as necessary are stored on your browser as they are essential for the working of basic functionalities of the website. We also use third-party cookies that help us analyze and understand how you use this website. These cookies will be stored in your browser only with your consent. You also have the option to opt-out of these cookies. But opting out of some of these cookies may affect your browsing experience.
Necessary Always Enabled

Performance cookies are used to understand and analyze the key performance indexes of the website which helps in delivering a better user experience for the visitors.

Analytical cookies are used to understand how visitors interact with the website. These cookies help provide information on metrics the number of visitors, bounce rate, traffic source, etc.

Advertisement cookies are used to provide visitors with relevant ads and marketing campaigns. These cookies track visitors across websites and collect information to provide customized ads.

Other uncategorized cookies are those that are being analyzed and have not been classified into a category as yet.