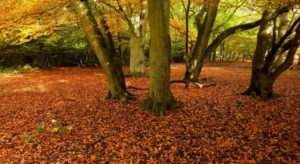 The seasons are changing. It is time to dig out those wooly hats and gloves and that old winter coat. There is a chill in the air and the leaves are turning to beautiful shades of orange, yellow and red.

The students of Pakeman Primary School in Islington have been embracing the change, and Years 1 & 2 have been trying out our ‘Seasons’ experience. You can read more about it in their blog, here: http://bit.ly/1WuzT3R

You can get your students excited about the changing seasons too, by signing up to a free demo of our ‘Seasons’ experience – to sign up, simply fill in your details on our website: http://bit.ly/1Smg4WN

“It’s Summer, your Mum’s flowers are wilting and you’re too hot to water them! There’s a strange clock on the wall that doesn’t tell the time, but instead tells what season it is. Surely if you could change the hand to Winter, then it wouldn’t be so hot? But be careful what you wish for!” 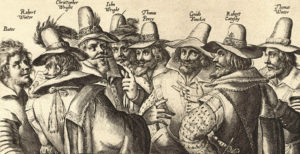 Remember, remember the fifth of November
Gunpowder, treason and plot.
I see no reason, why gunpowder treason
Should ever be forgot.

Guy Fawkes, guy, t’was his intent
To blow up king and parliament.
Three score barrels were laid below
To prove old England’s overthrow.

And what shall we do with him?
Burn him!

Did you know that The Houses of Parliament are still searched by the Yeomen of the Guard before the state opening? It has been held in November since 1928 and the idea of the search is to ensure no modern-day Guy Fawkes is hiding in the cellars with a bomb, although it is more ceremonial than it is serious. They still do the search with lanterns!

For more facts about Guy Fawkes and Bonfire Night, read this article from The Independent: http://bit.ly/1SlaVy4